Valiant and heroic, Optimus Prime is known across the world as leader of the Autobots.

Four million years ago, on the distant planet known as Cybertron, life existed. But not life as we know today, sentient robots, who could think and feel inhabited the planet. These robots were known as Transformers. Created by a race of beings known as Quintessons. Within this race of intelligent robots, were two factions, the evil Decepticons, and the heroic Autobots, led by Optimus Prime. And for many years, a war raged on between the two factions. Soon, the war drained the planet of its energy sources, and the Autobots boarded their ship known as the Ark to find a new source of energy. But the Autobots, were ambushed by the brutal Decepticons aboard their ship, the Nemesis. The Decepticons boarded the Ark, and the ensuing space battle ended with the Ark crash-landing on prehistoric Earth. Buried deep within a volcano, the Ark remained dormant for four million years.

In the year 1984, the volcano where the Ark rested erupted, awakening the ship’s on-board computer, Teletraan I, which sent a small scouting robot out. It soon scanned Earth vehicles and thus modified the Autobots and Decepticons. The form chosen for Prime was that of a semi truck. 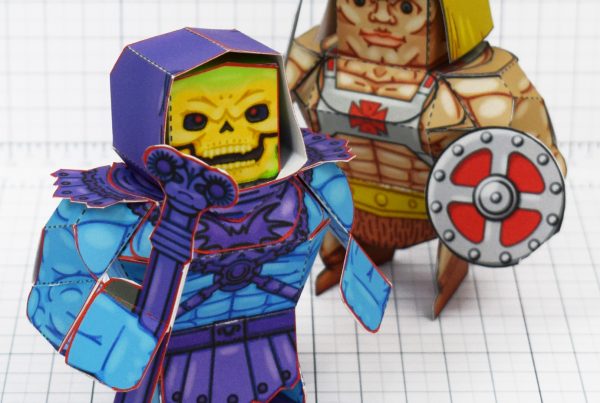 All Rights Reserved, Fold Up Toys

Shopping Cart
There are no products in the cart!
Total
£0.00
Cart
Checkout
Continue Shopping
0